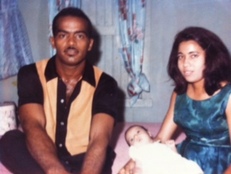 Lady Rabia Abdul-Hakim was born Tina Dilbert in the Cayman Islands in 1972 on the tiny island of Cayman Brac, one of three islands which make up the Cayman Islands. When her father drowned in a tragic boating accident in 1977, she was raised by her mother and grandparents.

In 1991, she began training in Taekwondo, eventually becoming a member of the first Cayman Islands National Taekwondo Team. Her martial arts achievements climaxed in 1992 when she was awarded Queen Elizabeth’s gold medal as “Cayman Islands 1992 Sportsperson of the Year.”  She went on to compete in the 1994 World Cup Taekwondo Games held in the Cayman Islands.

In 2000, Lady Rabia, ever the adventurer, moved to Saudi Arabia.  But it was not until  2004, when Lady Rabia debuted unto the art scene with a stunning, photographic exhibition entitled “Windows to My World”, exhibited by the National Gallery of the Cayman Islands. “Windows” consisted of rich black and white, journalistic photography accompanied by powerful poems. The theme of this stirring exhibit ranged from the Palestinian uprising to the status of women in Islam and was wonderfully received, garnering numerous articles in the local papers and touring the Cayman Islands for three weeks.

Lady Rabia went on to become a marketing communications consultant and documentary photographer with an impressive array of premium clients such as King Faisal Foundation and Al-Nahda Philanthropic Women’s Society.

In 2006, Lady Rabia became the Co-founder and Chief Creative Officer of BIG Cause (Arabia), the first specialized cause marketing and communications agency in Saudi Arabia.

However, personal problems caused the business to dissolve and a divorce battle ensued. 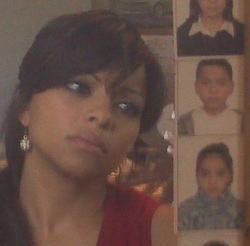 In 2009, after a horrendous divorce, Lady Rabia’s six children were taken, and wrongfully retained in the Kingdom of Jordan by their American father. When the governments of numerous countries failed to assist in the recovery of her children, Lady Rabia traveled alone to Jordan in September 2010.

Five months later,  she single-handedly rescued her six children, recovering them back to the Cayman Islands on January 19, 2011.
Powered by