The Beginning of ME 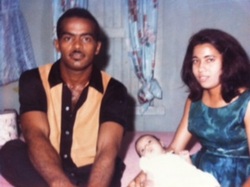 I was born on the tiny island of Cayman Brac. My mother was a house-wife and I had two sisters, Glenda and Tara. My father was a plumber by day and an actor and musician by night. He used to write hilarious skits and act them out at the local schools. I definitely inherited his humor, his love for music and his love for the stage.

He was an exceptionally loving and protective father.

My most powerful memory of father happened the summer before I started school. He was both excited and worried about me going to primary school in the fall.

“Baby,” he said, bending down to stare into my huge eyes, “if anyone troubles you just poke ‘um in the eyes like this.”

Then, he made a “V” with his fingers and jabbed at the air. I smiled and nodded my head.

He died a few weeks later.

I was almost 5 years old. 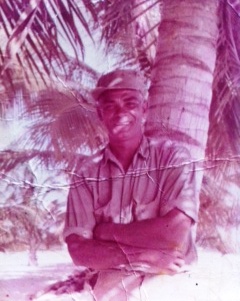 My sisters and I were raised by my mother and my grandparents, Papa and Granny.

My grandfather swore to be the father I would never have. And he was a  GREAT father. He always brought us cookies and juice. And after a long day of work, he would come home, chop coconuts and roast salted fish for us. In the evening, he’d peel us cane or mounds of mangoes.

My grandfather could not read or write, but he was determined that all his grand children would be very educated.

My mom and my grandparents always made sure we had lots of books to read. 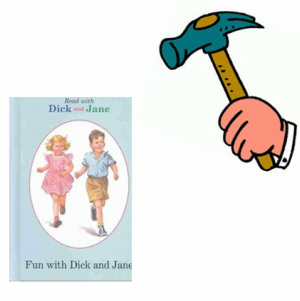 My grandfather always brought us bags filled with comics and mystery books. I liked reading Nancy Drew and The Hardy Boys.

I read constantly. Under the almond tree. Laying on a blanket in the garage. At the dinner table – lol…that made my Mom mad.

I was like: “I wish Dick and Jane would just run away.” Boringggg.

I decided then that I wanted to be a writer when I grew up and write exciting books. Funny books. Scary books. All kinds of books.

So I did just that! 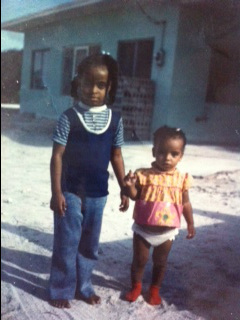 (L to R) My sister, Ta-Ta and I
My oldest sister, Glenda was so weird when we were little. She was VERY bossy. During summer she always wanted to play school. Of all things! Who wants to play school during summer? She did - so she could be the teacher and TELL US WHAT TO DO!

And she was confused – she thought she was a princess. Papa must've been confused, too. Because he was always buying her stuff and making her have big parties.

My other sister, Tara was also weird. And scared. Of EVERYTHING. She was always blubbering when Granny was chasing us with her machete, which I thought it was SO much fun. Still, being a wimp worked for her - she was Granny’s favorite. 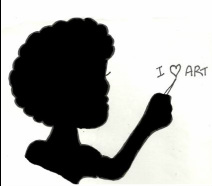 When I was little there were no TV or video games. That stuff came later. So, I often drew while waiting on the school bus to pick me up. I copied styles from comic books and I thought in pictures a lot. I would imagine drawing something funny Papa did.

Still, I never thought I’d be an illustrator. 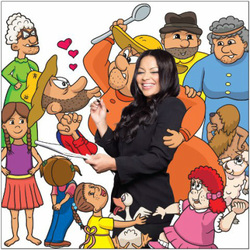 When I was little we played a lot, too. My sister, Tara and I had an array of imaginary friends. We played house with them and they talked to us quite freely. (Now I sound weird – lol)

Oddly enough, our imaginary friends were ADULTS. And they were funny and entertaining like the adults around me.

Kaa Kaa & Tokyo were two of the imaginary friends that stayed with me into adulthood.

They are VERY real to me and their constant yapping always makes me laugh.